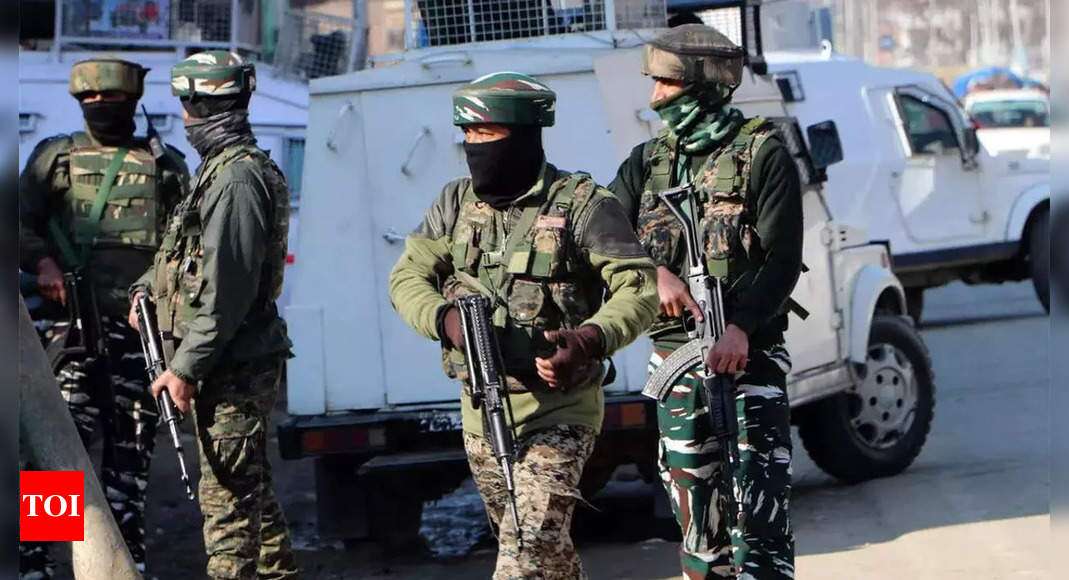 Srinagar: Two Lashkar-e-Taiba (LeT) terrorists who had recently infiltrated into Kashmir were killed in an encounter with security forces in Bandipora district on Friday, police said.
Security forces launched a cordon-and-search operation in Brar in the Aragam area of Bandipora in north Kashmir following inputs about the presence of terrorists there, a police official said.
He said the search operation turned into an encounter after the hiding terrorists fired upon security forces personnel, who retaliated.
In the ensuing exchange of fire, two terrorists were killed, he said.
The official said the identity of the slain terrorists was being ascertained.
Earlier in the day, Inspector General of Police (IGP) of Kashmir Vijay Kumar said the two terrorists trapped in Brar were Pakistani and belonged to the LeT. They had infiltrated into Jammu and Kashmir recently. They had managed to escape during an encounter in the Salinder forest area on Wednesday, he said.
The terrorists were tracked down and trapped in Brar in Bandipora on Friday, the IGP said in a tweet.