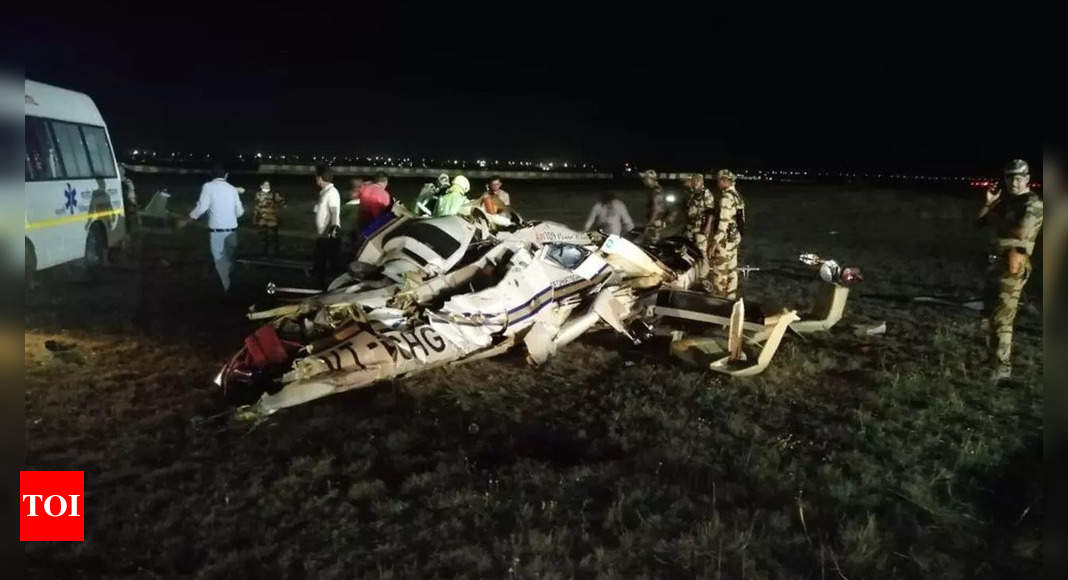 NEW DELHI: A Chhattisgarh government helicopter, Augusta 109 (VT-CHG), crashed at Raipur Airport on Thursday night, reportedly killing both the pilots.
The crew was undergoing night time flying proficiency checks and there were no passengers on board, say sources. Agency reports quoted local police as saying that both the pilots have died.
“The chopper crashed at 9.10 pm away from the main runway and near the taxiway. Both the pilots were rushed to a hospital,” said sources.
The Aircraft Accident Investigation Board that will probe this accident does not have a technical head at the moment. An Indian Audit and Accounts Service (IA&AS) officer is currently DG of AAIB.