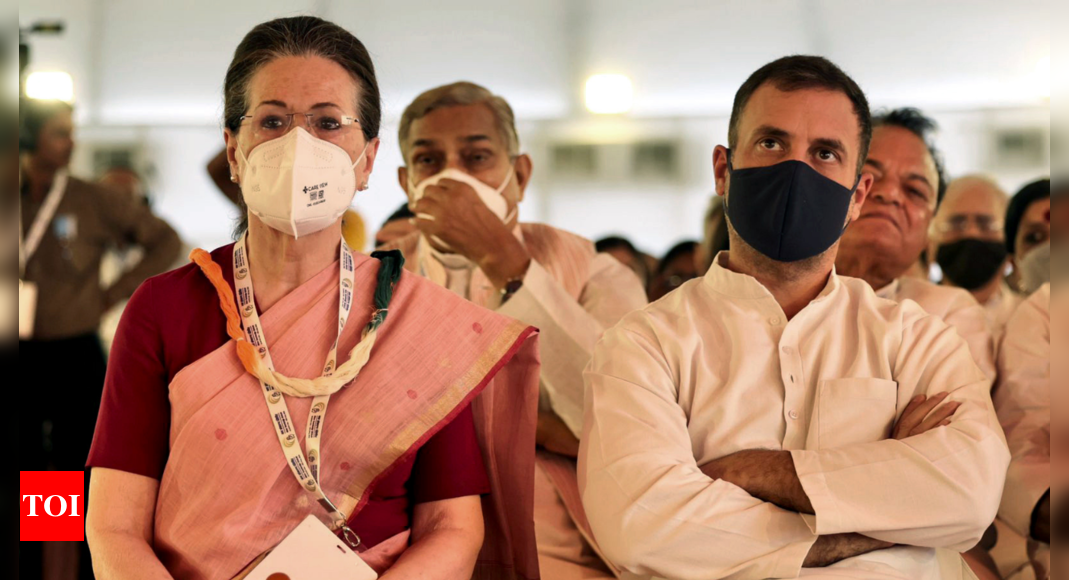 UDAIPUR: Congress chief Sonia Gandhi Friday presented the crisis facing the party in dire terms and sought organisational restructuring and new strategy for revival, arguing that “extraordinary circumstances can only be tackled with extraordinary actions”.
The urgency in the Congress ranks at the start of the Chintan Shivir here was iterated by Mallikarjun Kharge who said the party will be focused on strengthening itself, with alliances not a priority now.
As part of its makeover, Congress is mulling reserving half of all party posts for those under 50 years. It also plans the ‘one family, one ticket’ formula for polls, with exemption to be granted to the second ticket aspirant if he or she has done “exemplary work” for five years. This waiver will ensure Priyanka Gandhi will be eligible to contest the 2024 LS polls.
Congress is also looking to fix a maximum of five-year tenure for organisational positions, with a mandatory cooling off period of three years, thereby banning back-to-back tenures for its members.
At the Chintan Shivir here on Friday, senior leader Mallikarjun Kharge said, “First we want to set right our own house. We want to make Congress people more active and more powerful, and then we will go to others. If you don’t have any investment, which partner will come and who will put money on you? So after addressing our own deficiencies, we will discuss the alliance issue and formulate a broad principle.”
Among the reformatory measures being considered are setting up of an “internal insight wing” which will be a round-the-year mechanism for feedback on issues and popular pulse through technology-based surveys. AICC general secretary Ajay Maken said the party is also considering setting up an “internal assessment wing” which will assess the party’s office-bearers that will form the basis for rewards or punishment.
Spokesperson Ragini Nayak said the generational makeover of the organisation will include caste and gender balance with adequate representation to SCs, STs, OBCs, minorities and women.