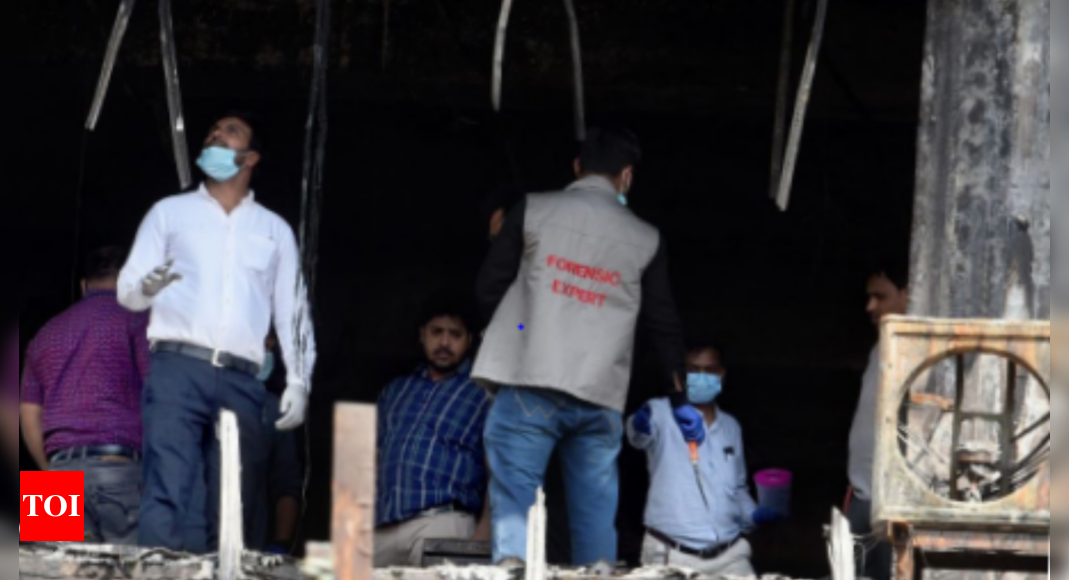 NEW DELHI: North Delhi Municipal Corporation has initiated a probe into the devastating fire in Mundka on Friday that claimed at least 27 lives. The commissioner of the civic body directed the additional commissioner of the Narela zone on Saturday to investigate the blaze and submit a report within 48 hours.
“We have ordered a probe to ascertain some facts about the building,” said Sanjay Goel, north corporation commissioner. “Directions have also been given to all the zones to conduct similarly detailed surveys in their respective areas. In case violations are found in manufacturing units running without proper permissions, they will be sealed.”
The probe by the additional commissioner into the Mundka fire will focus on aspects like the type of area where the building was located — whether it is residential, lal dora, agriculture or other categories — the construction year, height of the building, whether the building plan was sanctioned or not, purpose for which the building was being used and whether this purpose was permissible or not.
After questions were raised about the role and responsibility of the civic bodies regarding such establishments, Goel directed officials on Saturday to conduct a detailed survey in all the zones of industrial and prohibited activities going on in non-conforming areas and to issue notices to the violating establishments under the relevant rules. The commissioner has demanded an action taken report within 10 days in this regard.
In his third order, the commissioner asked all the respective zonal deputy commissioners to survey the industrial estates and instructed the factory licensing department to give unit owners seven days to get their paperwork updated.
The order of the north corporation said, “In order to prevent the recurrence of such tragic and unfortunate incidents in industrial estates/conforming areas, it is hereby directed that the factory licensing department shall give seven days’ time to factory owners in conforming/ provisional conforming areas to either get the new online factory licence or renewal, as the case may be, along with NOC from the fire department.”
The civic body warned that failure to obtain a new factory licence or online renewal by industrial units would invite action under the provisions of the Delhi Municipal Corporation Act.
According to Goel, the building complex in Mundka might have got the necessary permissions through self-attested documents submitted online, but whether the building was illegal and running without a factory licence was under investigation.