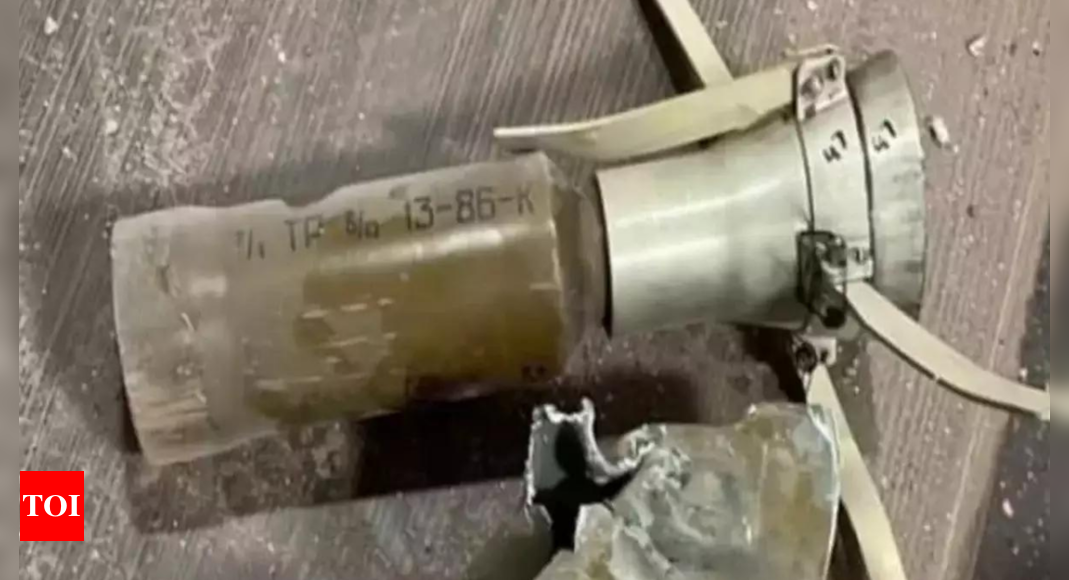 CHANDIGARH/MOHALI: Following the arrest of six people, Punjab police have named Canada-based gangster Lakhbir Singh alias Landa as the key conspirator of the rocket-propelled grenade (RPG) attack on the building housing the Punjab police intelligence headquarters on May 9.
Punjab DGP V K Bhawra told the media on Friday that Lakhbir arranged an RPG, AK-47 and local network of criminals for logistic support to carry out the terror attack in Mohali. The key attackers are still out of the reach of the police. One of the three main executors who fired the projectile has been identified. Bhawra said Landa (33), who is a native of Tarn Taran and fled to Canada in 2017, is a close aide of Pakistan-based wanted gangster Harvinder Singh alias Rinda and had joined hands with Babbar Khalsa International (BKI).
The DGP said that police teams are looking for key attacker Charat Singh, who is serving life sentence in a murder case and is out on parole, and his two unidentified accomplices. “Soon the trio will be arrested,” he said.
He said they have also brought Mohhamad Nasim Alam and Mohhamad Sharaf Raj, both residents of Auraiya district of Bihar, for questioning from Noida as they were found to be in touch with the two unknown attackers. Bhawara said they managed to crack the case with the arrest of six persons who were involved in planning and providing local logistic support to the attackers for carrying out the attack.
One of the six arrested, Jagdeep Singh Kang, is said to be the manager of a famous Punjabi singer and actor.