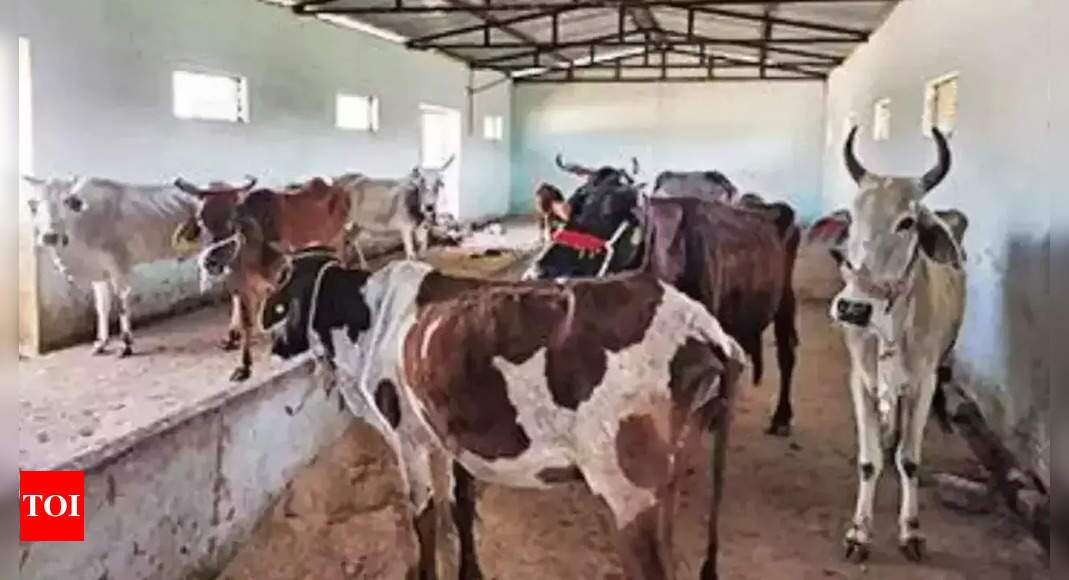 NEW DELHI: High-yielding exotic and crossbred animals contribute nearly 26.5% of the total cattle population of around 20 crore in the country with remaining 73.5% of them belonging to indigenous and nondescript category, according to the breed-wise data of livestock released by the Centre on Thursday.
The data, which may help policymakers in genetically upgrading specific species of animals, also show that crossbred ‘Jersey’ has the highest share with 55% followed by 43% of ‘Holstein Friesian’ (HF) in total exotic/crossbred cattle population of over five crore in 2019 when the findings of the 20th livestock census were released. Remaining 2% is covered by the other two breeds of exotic crossbred category.

On the other hand, the indigenous populations of cattle are divided into 41 recognised breeds as per the National Bureau of Animal Genetic Resources (NBAGR). However, the popular ones such as ‘Gir’, ‘Lakhimi’ and ‘Sahiwal’ breeds have major contributions in the total indigenous cattle population in India.
The breed-wise data collection was done along with 20th livestock census during October 1, 2018 to September 20, 2019 period. Releasing the report on breed-wise data, the minister of fisheries, animal husbandry and dairying Parshottam Rupala said, “It was for the first time the breed-wise data was collected in the country by using tablet computers instead of paper mode, which is indeed a unique attempt.”
“Considering the importance of the livestock sector, it becomes essential for the policymakers and researchers to ascertain the various breeds so that the livestock species can be genetically upgraded for optimum achievement for its product and also for other purposes,” he said.
The report has covered 184 recognised indigenous/exotic and crossbred breeds of 19 selected species registered by the NBAGR.

In Buffalo, the ‘Murrah’ breed — commonly found in Uttar Pradesh and Rajasthan — majorly contributes with nearly 43% in the total population of around 11 crore in the country. Buffaloes are the third major contributor to the livestock population, even as they are the second-largest contributor in the production of milk. As per 20th livestock census, over 20% of the livestock population are buffaloes, indigenous animals having 13 breeds as recognised by the NBAGR.

With nearly 15 crore population, goats are the second largest species in the livestock category and contribute to the production of milk after cattle and buffaloes. As per 20th Livestock Census, nearly 28% of the livestock population are goats. There are 28 indigenous breeds of goats found in India.