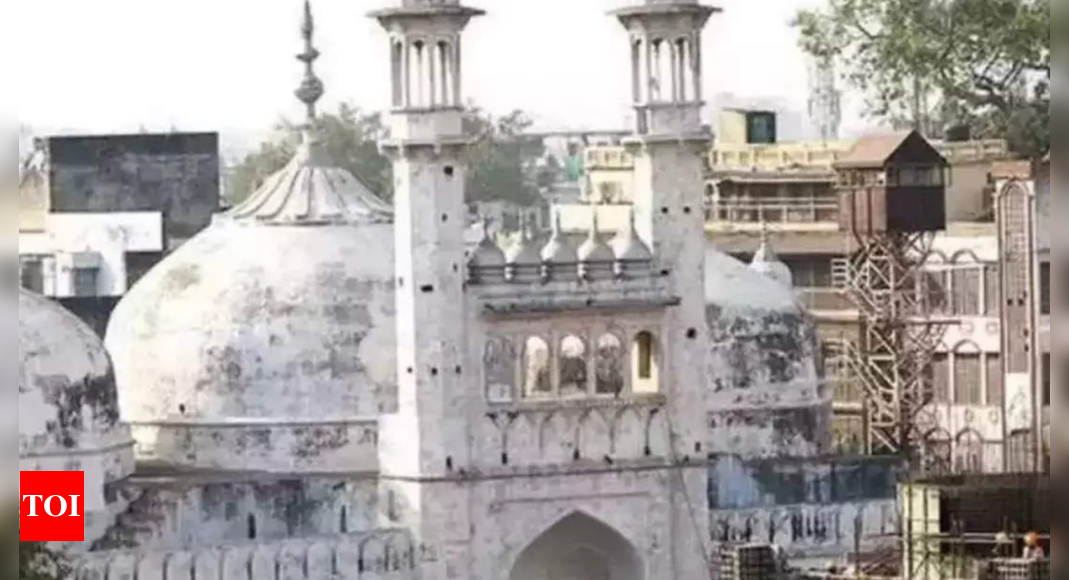 NEW DELHI: A court-appointed committee will continue with its survey of Gyanvapi mosque premises in Varanasi, Uttar Pradesh, for the second day on Sunday. After the survey of the basement and western wall, the remaining survey of the upper part of the complex is scheduled to be conducted on Sunday. A report will be submitted before civil judge (senior division) Ravi Kumar Diwakar.
The survey, as per a court directive, is scheduled to be conducted between 8am and noon, said advocate Vishal Singh, the court-appointed special assistant commissioner.
Here are the key points:
Gyanvapi complex basement and western wall surveyed on Saturday
The court-appointed advocate commissioner resumed the survey and videography of the Gyanvapi mosque in Varanasi on Saturday, two days after a civil judge refused to replace him and ordered that he submits his survey report by May 17. The survey, which began at 8am with the officials entering the underground cell and starting videography, was conducted peacefully under the security cover of over 1,500 security personnel on day one. On the day, a 54-member team, led by advocate commissioner Ajay Kumar Mishra, conducted the survey of the Gyanvapi complex basement and the western wall.

District magistrate Kaushal Raj Sharma said more than 50 percent of the survey work has been completed on Saturday. “All the four basements and the western wall of the mosque have been covered under it. As the external part of the mosque had already been surveyed on May 6, only the domes and the main mosque building are left to be covered as ordered by the court,” DM Sharma said.
A day before the survey was to resume, a meeting of plaintiffs and respondents in the case was organised on Friday to finalise the plan. After the meeting, Sharma said both sides were appealed to maintain peace and harmony.
District officials told TOI that Anjuman Intejamia Masajid (AIM) members, who had earlier moved court for the removal of advocate commissioner, fully cooperated in the survey. “They opened the locks of the two basements in their possession while that of the third had to be broken as it did not open with a key. The fourth basement was in possession of the Vyas family and it remains open,” said an official.
Elaborate security arrangements near Gyanvapi mosque
The Uttar Pradesh Police has made security arrangements in view of devotees lining up for ‘darshan’ during the Gyanvapi survey. “There is a robust arrangement to ensure that the people don’t face any inconvenience and everything goes on well,” said RS Gautam, deputy commissioner of Police, Kashi Zone.
On Saturday, ahead of the survey, all the shops within the 500-meter radius of the area were kept shut.