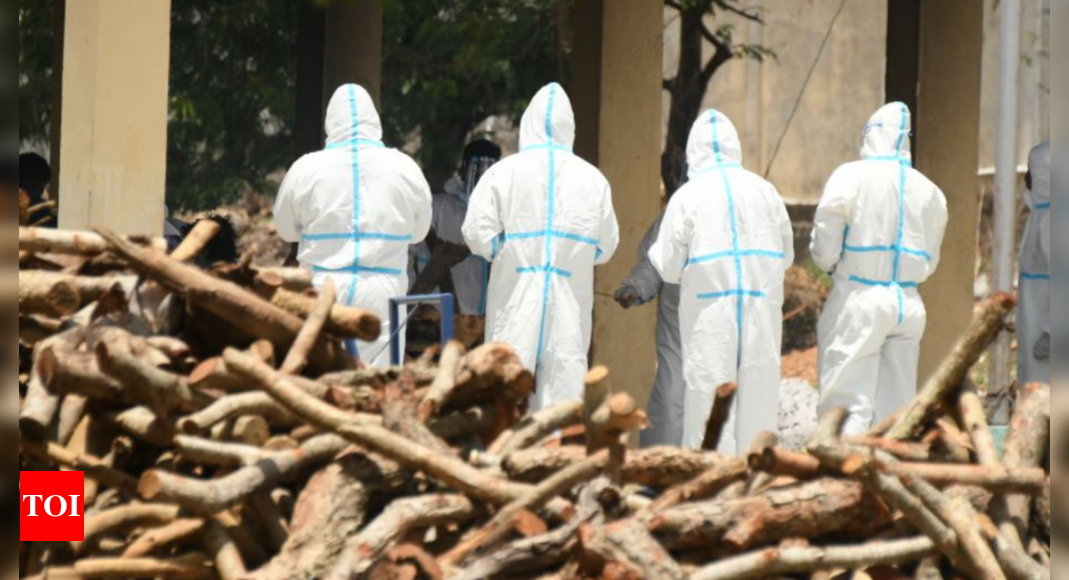 Is the rise in the number of registered deaths in India from 76.4 lakh in 2019 to 81.2 lakh in 2020 attributable largely or in part to a higher level of registration? An analysis of official data suggests the contrary. It shows that states that had already achieved 100% registration of deaths by 2019 actually saw a sharper increase in deaths in 2020 than those that were well below this mark.
While the CRS (civil registration system) report of 2020, in a departure from the past, does not have estimates of the levels of registration either nationally or state-wise, the 2019 one did. What that showed is that 14 of the states were already at 100% registration of deaths, in some like Tamil Nadu for several years. Almost all of the union territories too were at 100%.
TOI looked at death figures for these 14 states and Delhi and found that their combined death tally had risen by 9.4% from 44.7 lakh in 2019 to 48.9 lakh in 2020. In some states like Maharashtra, Andhra Pradesh, Gujarat, Haryana and West Bengal the percentage increase was in double digits (see graphic). In others like Kerala and Delhi, deaths had actually fallen.

Ten of the states and the large UT of Jammu & Kashmir (including Ladakh for comparison with 2019), were well below 100% registration in 2019. If better registration were a major cause for the increase in deaths, this is where you would expect to see a sharp spike. Instead, the combined registered deaths of these 10 states and one UT rose by just 2.7% from 23.6 lakh to 24.3 lakh. Here again there are states with double-digit increases and those like Uttar Pradesh, where registered deaths fell by 7.5%.
A third category was of four states – Meghalaya, Rajasthan, Telangana and Uttarakhand – where registration levels were between 95% and 100% in 2019. Their combined death tally remained almost unchanged at 7.6 lakh.
All of this raises the possibility that far from higher registration leading to more deaths being registered, in several states with already poor levels of registration, it may even have dropped due to Covid-related disruptions.
The 2019 CRS annual report also gave data on estimated annual deaths since 2010. What that chart shows is that after peaking at about 86 lakh in 2013, deaths had more or less steadily declined year on year before rising slightly to 76 lakh in 2019. The reason that deaths have not been rising despite a growing population is that death rates have been falling too – from about 7 per 10,000 to 6.2 per 10,000 between 2013 and 2019. Clearly, therefore, the higher level of deaths can’t simply be attributed to higher population.
What light does this throw on the debate about WHO’s Covid death estimates and India’s official tally? Not very much really because there is too much uncertainty about the levels of registration to reach any firm conclusions.