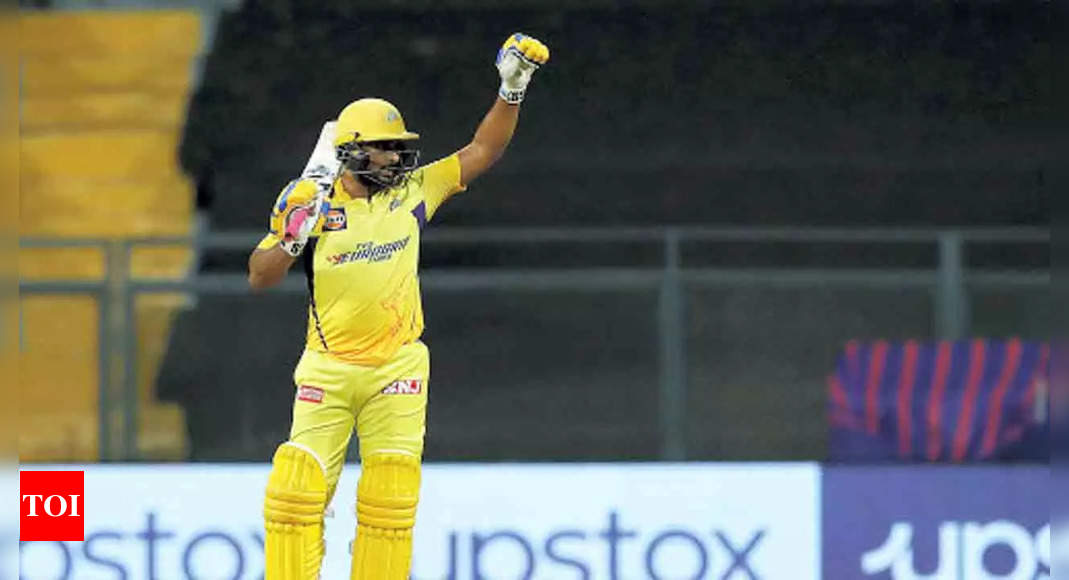 It’s Gujarat Titans, on the cusp of clinching a top-two berth in the IPL league stage, who should be the talking point on the eve of their clash against already ousted Chennai Super Kings.
But CSK keep staying in the news despite a dismal season where they are fighting to avoid the last spot. After the Ravindra Jadeja saga, the embers of which haven’t exactly died down, Ambati Rayudu announced his retirement from IPL only to retract it within an hour or so.
“I am happy to announce that this will be my last ipl. I have had a wonderful time playing it and being part of 2 great teams for 13 years. Would love to thank Mumbai Indians and csk for the wonderful journey,” he tweeted, and was immediately flooded with congratulatory messages, many of which he acknowledged.

But then came the twist in the tale with Rayudu deleting the tweet and CSK CEO Kasi Viswanathan saying that “it was an emotional decision and Rayudu has been talked out of it”.
It is interesting to note that this is the second time in three years that Rayudu had announced retirement from all formats and then backtracked following CSK’s insistence. The first time was after his non-inclusion in the Indian team in the 2019 ODI World Cup and the Hyderabad player took a jibe at the selection committee before calling it quits.
But the CSK management wasted no time to swing into action and made sure that he returns to cricket. Rayudu, who has always been a close friend of MS Dhoni, was brought into the CSK fold in the 2018 auctions when the franchise was coming back from a two-year ban. Till then, he had been part of Mumbai Indians, winning three titles with them.
But Rayudu became a stupendous success with CSK in his first year scoring 602 runs at an average of 43 which made him a darling of the management. Rayudu’s work ethic is highly regarded in the franchise and this year, ahead of the auctions, he acted as one of the spotters of the team with bowling coach L Balaji when trials were organized in Chennai.
But the 36-year-old has been playing through pain and in this IPL has managed 243 runs at an average of 23.10, way below his best.
The team, too, has failed to make the Playoffs stage and add to that the recent controversies regarding Jadeja’s elevation to captaincy and his consequent removal.
It is quite possible that a combination of all these factors had made Rayudu take a decision, but CSK know they don’t have enough quality in their ranks to replace a player of his experience and quality. So the management was back at work and made him go back on his word. It will be interesting to see if Rayudu plays the game against Gujarat Titans or CSK try out a few fresh faces so that they have something new to look forward to than reluctant veterans in the coming season.