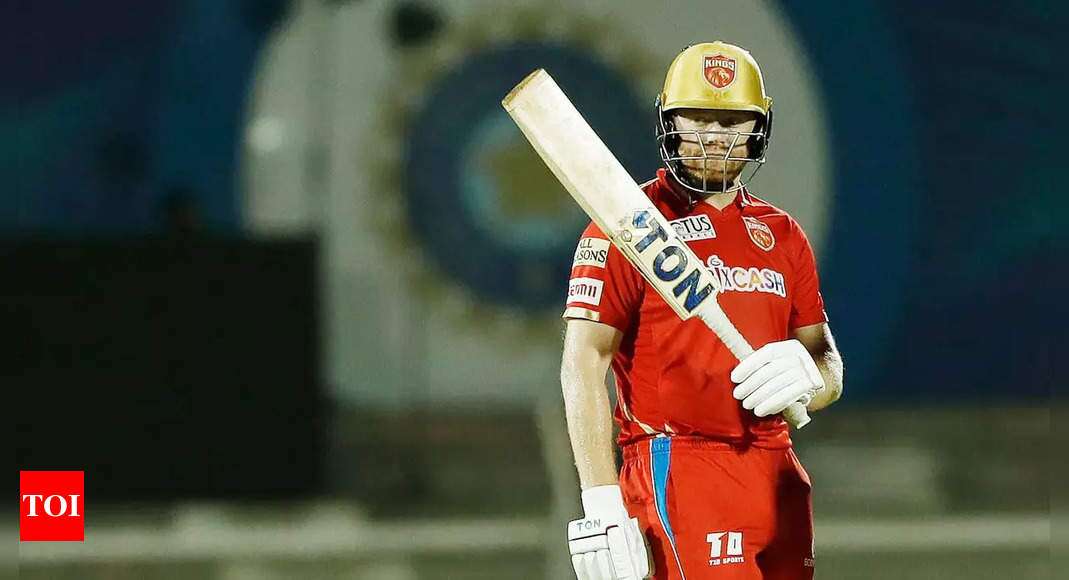 Before coming out to bat against Royal Challengers Bangalore at the Brabourne stadium in Mumbai on Friday night, Jonny Bairstow had scored a total of 104 runs (85 balls) in the previous five matches. It was with a 40-ball 56 against Rajasthan Royals on Saturday that the Punjab Kings wicketkeeper-batsman had got into the groove. But on Friday, the 32-year-old operated on a different plane, taking the RCB bowlers to the cleaners in Powerplay.
With his 29-ball 66 (4×4; 7×6) the Englishman got Punjab off to a dream start with 81 runs coming off the first six overs. If Bairstow powered the beginning, Liam Livingstone anchored the finish of Punjab’s innings with his 70 coming off 42 balls, which enabled Punjab to finish their quota with 209/9.

Chasing a mammoth total was always a tough task and RCB did themselves no favour by caving in early and finishing with 155/9 to hand Punjab a 54-run victory. Punjab’s sixth win of the season not just boosted their sagging run rate but also kept them alive in the competition.

RCB, on the other hand, will leave their qualification chances to their last league match against Gujarat Titans next Thursday. RCB openers Virat Kohli (20) and Faf du Plessis (10) began on a steady note but pacer Kagiso Rabada (3/21) struck the first blow.

Kohli’s lean run continued as he gloved a short ball to Rahul Chahar at short fine leg. Rishi Dhawan (2/36) dealt RCB a double blow when he accounted for Du Plessis and Mahipal Lomror in the same over. Rajat Patidar (26) and Glenn Maxwell (35) did offer some resistance but the Punjab bowlers were on point as they tightened the screws around RCB’s innings.

LIVINGSTONE SHOW
Full marks to Livingstone for the way he paced his innings. With wickets falling at the other end, he did not go for the kill to begin with. He stepped on the pedal in the 19th over, which turned out to be decisive for Punjab. Josh Hazlewood, who has been RCB’s go-to pacer. leaked 24 runs in that over.
Before the spotlight shifted to Livingstone, the powerful Bairstow made batting look like child’s play