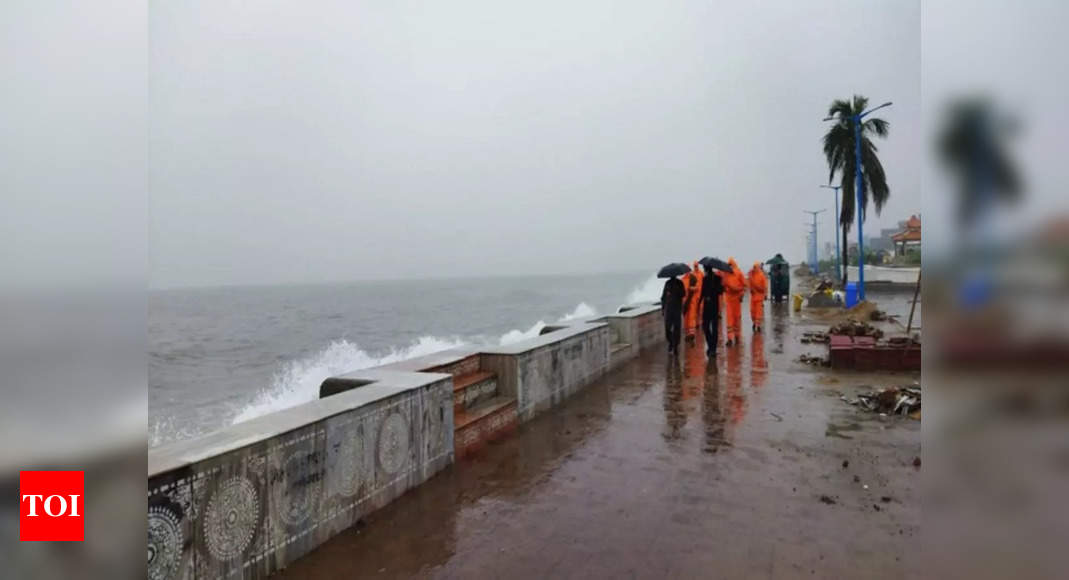 PUNE: Both IMD and private weather forecaster Skymet on Friday released their monsoon onset date over Kerala for this year, predicting the onset to be earlier than the normal date over the coastal state.
The onset of southwest monsoon over Kerala is likely to be on May 27, with a model error of +/- four days, IMD said. The normal date of onset over Kerala is June 1.
Skymet also predicated the onset date to be a day earlier than what has been predicted by IMD, and said that the onset over Kerala could take place on May 26, with a model error of +/- three days.
TOI had earlier reported that the Southwest monsoon could hit Kerala earlier than the normal date, and anytime after May 20. If the forecasts come true, this could be the earliest onset of monsoon over Kerala in the last 13 years.
IMD director general Mrutyunjay Mohapatra told TOI, “Strong cross-equatorial flow is expected during the time when the onset over Kerala is expected this year. There is also possibility of a low pressure or a circulation developing over the Bay of Bengal around next week, which may enhance the cross equatorial wind flow.”
Mohapatra said that the last time monsoon made an onset over Kerala earlier than May 27 (the expected onset date this year) was in 2009, when it had advanced over the coastal state on May 23.
GP Sharma, president, Skymet Weather Services told TOI, “Cyclone Asani was responsible for pulling in the monsoon surge towards the Indian mainland a little earlier this time. Its remnant also helped establish the cross equatorial flow, which is very essential for the onset. The anticyclone over the Arabian Sea has also to shifted, which is another mechanism which should happen prior to the onset of Southwest monsoon over the Indian mainland. In addition, though its too early to say, there may be an off shore vortex forming over the Arabian Sea before the predicted onset date over Kerala, which may further expedite monsoon surge and its advance.”
IMD said in a press statement on Friday: In the Indian monsoon region, initial monsoon rains are experienced over south Andaman Sea and the monsoon winds then advance north-westwards across the Bay of Bengal. As per the
normal dates of monsoon onset/progress, the southwest monsoon advances over the Andaman Sea around May 22. In association with enhanced cross equatorial winds, conditions are becoming favorable for advance of Southwest Monsoon into South Andaman Sea, Nicobar Islands and some parts of southeast Bay of Bengal, around May 15, 2022, IMD said. Past data suggest that there is no association of the date of monsoon advance over the Andaman Sea either with the date of monsoon onset over Kerala or with the seasonal monsoon rainfall over the country, it said.