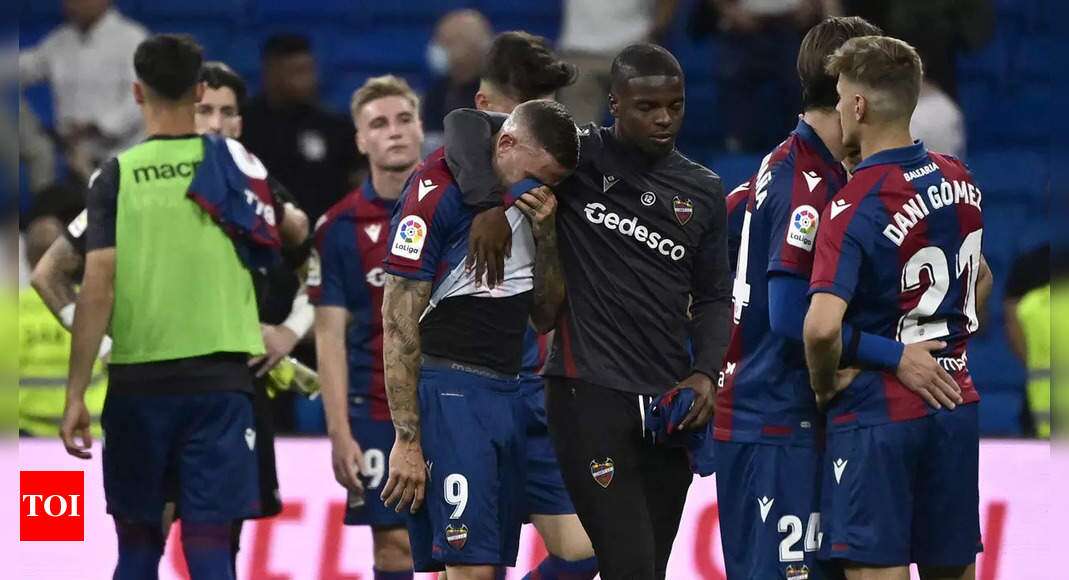 MADRID: Levante were relegated from LaLiga on Thursday after they were thrashed 6-0 by champions Real Madrid, with Vinicius Junior scoring a hat-trick.
Bottom club Levante needed to win to keep alive their dwindling chances of survival but against a rampant Real, that hope was quickly snuffed out.
Real, who will face Liverpool in the Champions League final later this month, went ahead in the 13th minute through Ferland Mendy before goals from Karim Benzema and Rodrygo made it 3-0.
Vinicius opened his account just before the interval before adding two more in the second half to condemn Levante to the drop as they suffered their 19th defeat of the season.