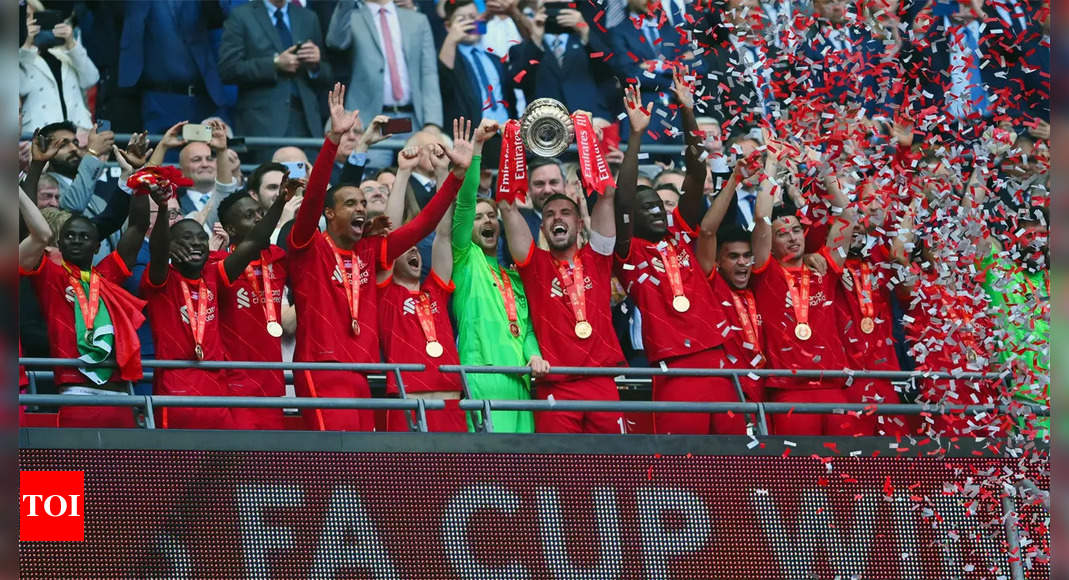 LONDON: Liverpool won an absorbing English FA Cup final on Saturday as they prevailed 6-5 in a penalty shootout after the Wembley showpiece somehow ended 0-0 after extra time.
Subtitute Kostas Tsimikas slotted the winning penalty after Chelsea captain Cesar Azpilicueta‘s had hit the post and Alisson had saved Mason Mount’s effort.
As it happened: Chelsea vs Liverpool
Liverpool’s Sadio Mane also missed.
It was a carbon copy of the League Cup final in February, which Liverpool won 11-10 on penalties after that game also finished goalless.
Saturday’s win means Liverpool remain on course for an unprecedented quadruple of trophies.
They are three points behind Manchester City in the Premier League race with two games to go and meet Real Madrid in the Champions League final on May 28.