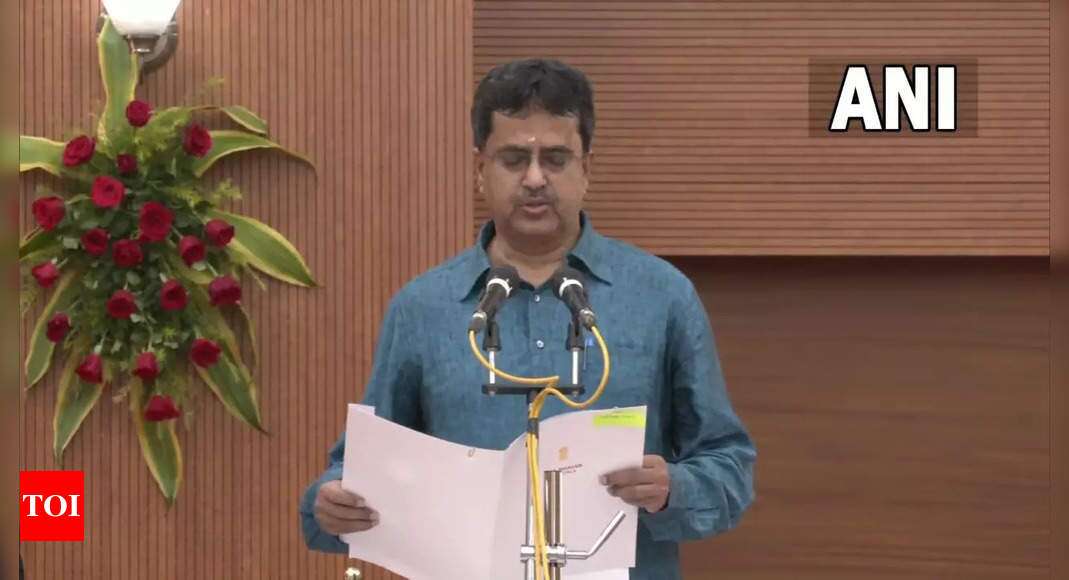 NEW DELHI: Tripura BJP president Manik Saha on Sunday was sworn in as the 12th new chief minister of the state.
Manik Saha replaced Biplab Kumar Deb as the chief minister of the northeastern state.
Saha, after taking the oath that said they will move forward with the development issue of PM Modi and the BJP.
“We’ll also enhance law and order in the state along with resolving the issues of the people of Tripura. There’s no political challenge for us, “Saha said.
Governor SN Arya administered the oath to Saha, a Rajya Sabha MP, at the Raj Bhavan here.
Union minister Pratima Bhowmick also attended the swearing-in programme.
Saha was named as the leader of the BJP legislature party on Saturday after Deb resigned as the chief minister just a year ahead of the state elections.
A dentist by profession, Saha had won the lone Rajya Sabha seat from Tripura earlier this year.
Saha, who quit Congress and joined the BJP in 2016, was made the party’s state president in 2020.
He had replaced Biplab Kumar Deb who had led the saffron party to a resounding victory in 2018, ending a 25-year-old Communist rule.
He is also the president of the Tripura Cricket Association. Before he joined mainstream politics, Saha used to teach in Tripura Medical College located at Hapania.