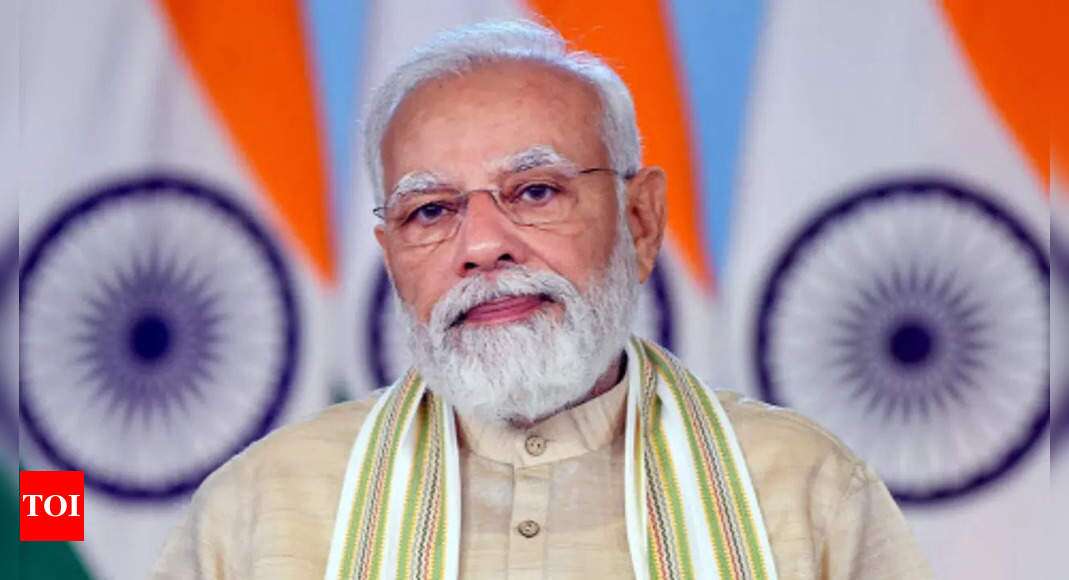 BHARUCH: Prime Minister Narendra Modi asserted on Thursday that he has no intention of slowing down while recalling an opposition leader’s observation that becoming PM twice was enough accomplishment.
Modi was addressing via video link beneficiaries of Gujarat government’s financial assistance schemes for widows, elderly and destitute citizens.
“One day a very big leader met me. He regularly opposes us politically, but I respect him,” Modi said. “He was not happy over some issues, so he had come to meet me,” the PM added.
“He said, Modi ji, the country has made you prime minister twice, so what more do you want now. He was of the opinion that if one becomes prime minister twice then he has achieved everything,” the PM said.
“He doesn’t know that Modi is made of a different mettle. The land of Gujarat has made him. That’s why I do not believe in taking it easy, like whatever has happened has happened and now I should rest. No. My dream is saturation, 100 per cent coverage of the welfare schemes,” he said.
Modi did not mention anybody’s name during his speech, which came a month after NCP chief Sharad Pawar met him in Delhi and raised the issue of the central agencies’ action against Shiv Sena MP Sanjay Raut and the family members of Maharashtra Deputy Chief Minister Ajit Pawar.