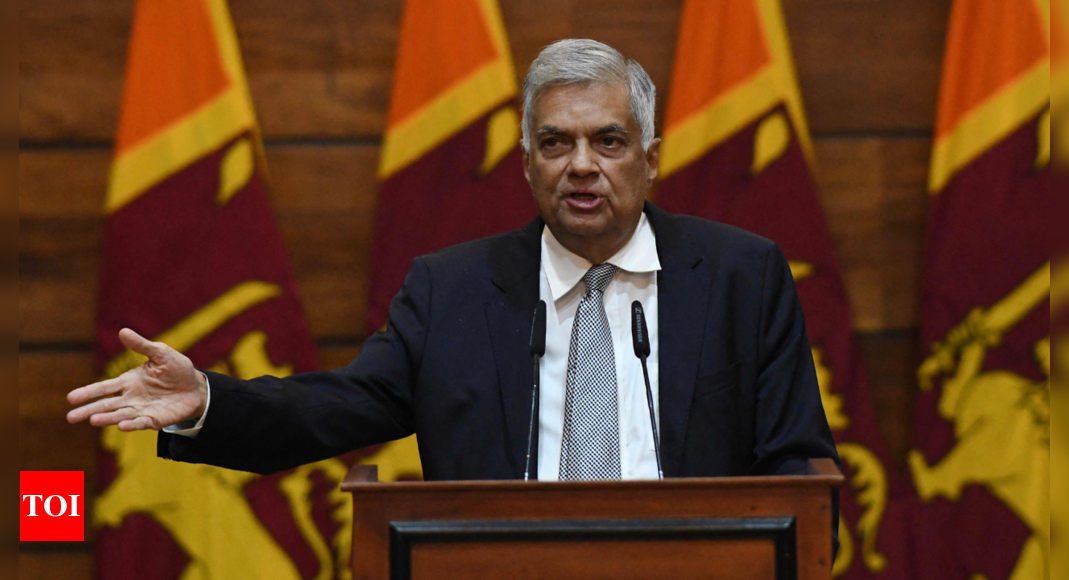 COLOMBO: Sri Lanka’s new PM struggled on Friday to forge a unity government and forestall an imminent economic collapse as opposition lawmakers refused to join his cabinet and demanded fresh elections.
Ranil Wickremesinghe was sworn in late Thursday to navigate his country through the worst downturn in its history as an independent nation, with months of shortages and blackouts inflaming public anger. The 73-year-old insists he has enough support to govern and approached several legislators to join him, but four opposition parties have already said his premiership lacks legitimacy.
Senior opposition lawmaker Harsha de Silva publicly rejected an offer to take over the finance ministry and said he would instead push for the government’s resignation. “People are not asking for political games and deals, they want a new system that will safeguard their future,” he said in a statement. De Silva said he was joining “the people’s struggle” to topple President Gotabaya Rajapaksa and would not support any political settlement that left the leader in place.
Huge public demonstrations have for weeks condemned Rajapaksa over his administration’s mismanagement of the worsening economic crisis. Hundreds remain outside his office in Colombo at a protest camp that has for the past month campaigned for him to step down.
De Silva is a member of the Samagi Jana Balawegaya (SJB), the largest opposition party in parliament, which had appeared ready to split over whether to support Wickremesinghe. But the head of the possible splinter faction, Harin Fernando, said Friday he had returned to the fold. “I will not support Wickremesinghe’s government,” Fernando said. Three smaller parties have also signalled they will not join any unity government, with the leftist People’s Liberation Front (JVP) demanding fresh elections.
However, the cash-strapped government is unlikely to be able to afford polls, or even print ballots, at a time when a national paper shortage forced schools to postpone exams. afp