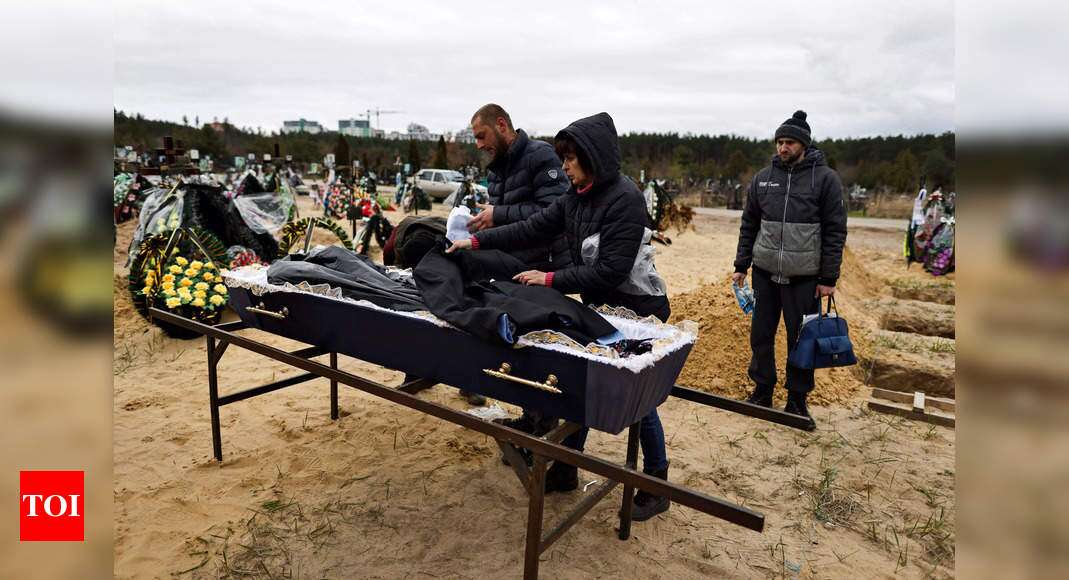 Ukrainian prosecutors are investigating a series of war crimes allegedly committed by Russian forces, including the fatal shooting of two unarmed civilians outside Kyiv, officials said Thursday. CNN released Thursday what it said was security camera footage showing two Ukrainian civilians shot in the back by Russian soldiers near a car dealership outside of Kyiv on March 16. Stay with TOI for all updatesRead Less