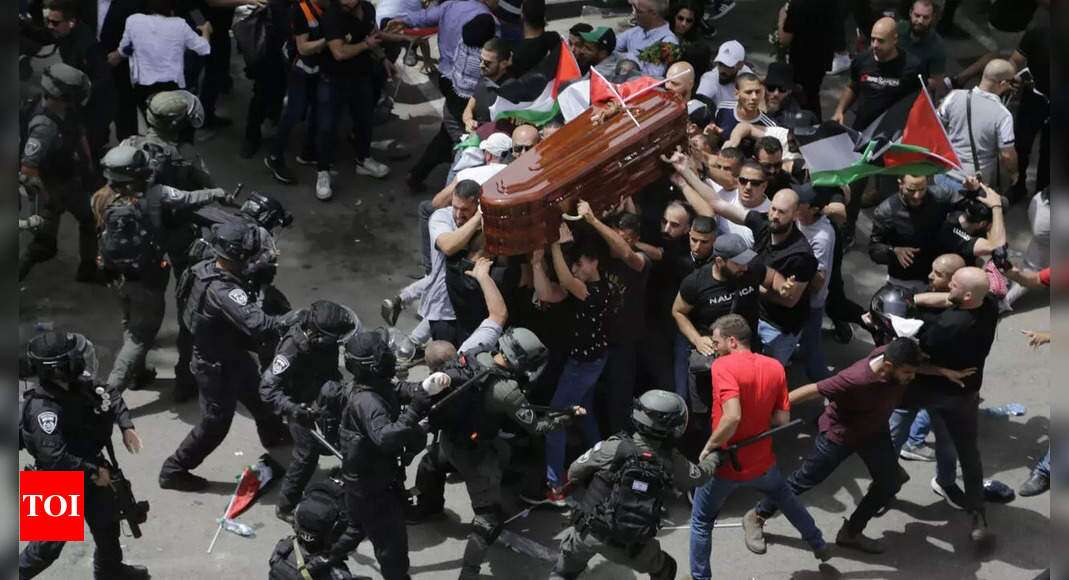 UNITED NATIONS: The United Nations Security Council on Friday unanimously condemned the killing of Palestinian-American Al Jazeera journalist Shireen Abu Akleh while covering an Israeli army raid in the occupied West Bank, diplomats said.
The statement — a rare case of Security Council unity on an issue related to Israel — also called for “an immediate, thorough, transparent, and impartial investigation into her killing.”
According to diplomats who spoke on condition of anonymity, the negotiations on the text were particularly arduous.
China successfully pushed the United States to remove paragraphs denouncing abuses committed against the media around the world, defending their freedom and urging their protection while covering military operations, according to diplomatic sources and different versions of the declaration obtained by AFP during the discussions.
The final text merely says that “journalists should be protected as civilians” and does not mention violence during the Friday funeral for Abu Akleh.
Television footage showed pallbearers struggling to stop Abu Akleh’s coffin from falling to the ground as baton-wielding Israeli police officers charged at them, grabbing Palestinian flags from mourners.
Abu Akleh, a star journalist for Al Jazeera, was killed as she covered unrest in the Jenin refugee camp in the occupied West Bank.
The Qatar-based network alleged that she was deliberately targeted by Israel.
Israeli Prime Minister Naftali Bennett initially said that armed Palestinians were “likely” responsible, but Israel has since walked back the allegation and said it was investigating.