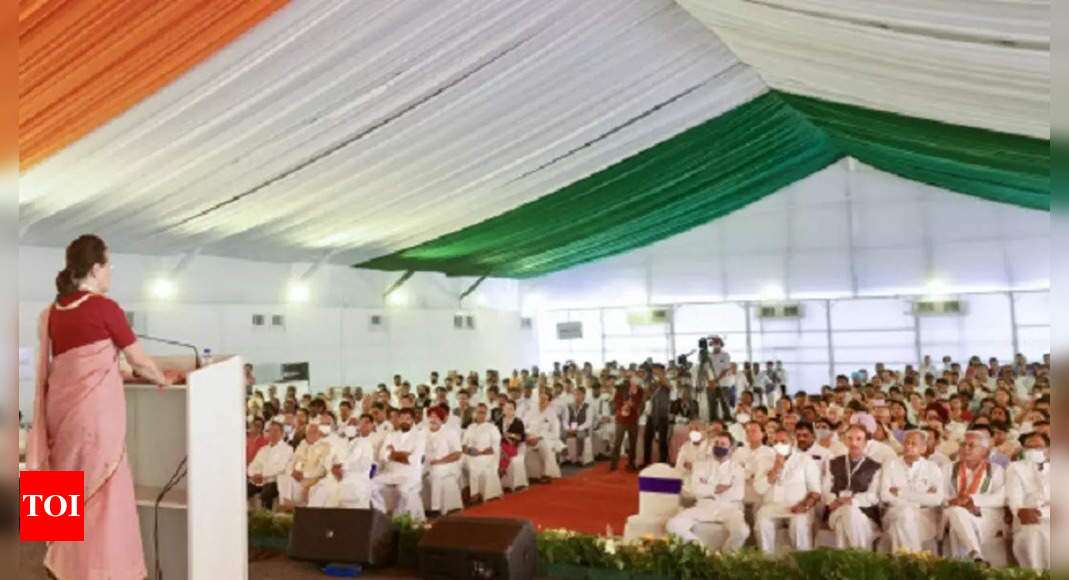 NEW DELHI: The Congress should do ‘aatma-chintan’ about staying relevant rather than engaging in ‘chintan’ about the country which is in the safe hands of Prime Minister Narendra Modi, the BJP said on Friday.
The BJP’s swipe at the Congress came as the principal opposition party began a three-day brainstorming session, Chintan Shivir, in Rajasthan’s Udaipur where its president Sonia Gandhi lashed out at the Modi government.
Hitting back, BJP’s national media incharge Anil Baluni said Sonia Gandhi should invest her energy in reviving the fortunes of her party.
“Rather than ‘chintan’ (brainstorming) about the country, Congress should do “aatma-chintan’ (introspection) about its survival, as the party is totally disconnected from both the ground (realities) and the masses,” he said.
As far as the country is concerned, it is in the safe hands of Prime Minister Narendra Modi and his government is capable enough to take care of the country, he said.
Baluni said the people have full faith in the leadership of Prime Minister Modi, under whom the country has touched new heights.
“People have unflinchingly supported the BJP by voting in its favour consistently, whereas the Congress is frustrated and has been clueless about how to behave as a responsible opposition,” said Baluni, who is also the party’s chief spokesperson.
At the Congress conclave, Sonia Gandhi accused Prime Minister Modi of keeping the country in a state of permanent polarisation, “brutalising” minorities and “threatening” political opponents by misusing institutions.
Baluni said the Congress should also do “chintan” over the law and order problems and the alleged atrocities against Dalits and women in Rajasthan as it is in power there.
“The country is completely safe and progressing under Prime Minister Modi’s leadership,” he said.