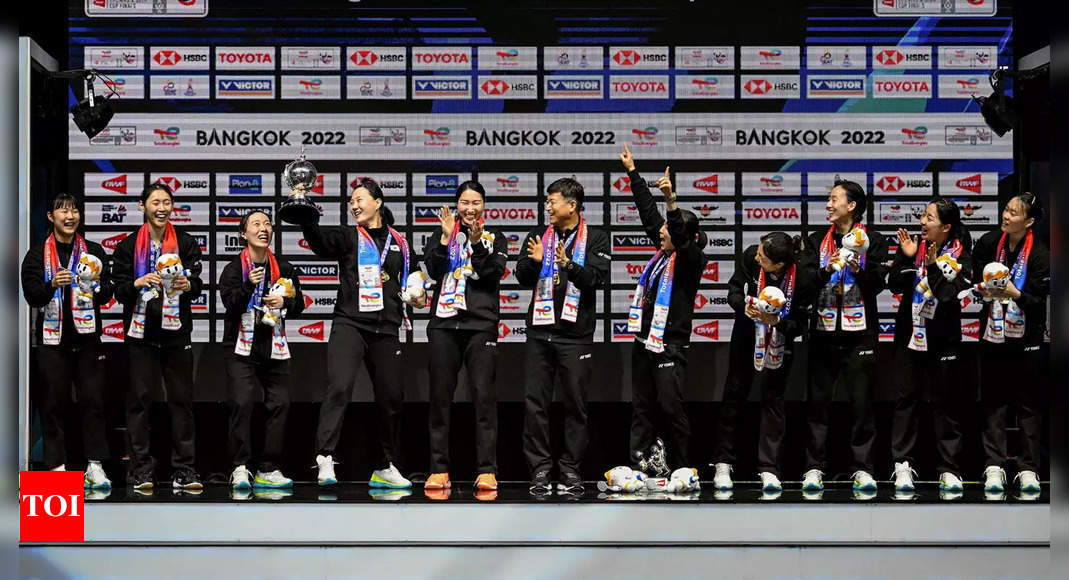 BANGKOK: South Korea stunned defending champions China to win badminton’s prestigious Uber Cup on Saturday in an epic battle that went down to the wire in Bangkok.
The holders were aiming for a 16th title in the women’s team championship but with the countries deadlocked at 2-2 it all boiled down to a singles match between China’s 15th-ranked Wang Zhiyi and 46th-ranked Sim Yu-jin.
Sim, who turned 23 on Friday, sprang an upset by beating Wang 28-26, 18-21, 21-8 in a thrilling 88 minutes — and with it South Korea’s first Uber Cup crown in 12 years.
It was a hugely disappointing conclusion for China, who had jumped out to an early lead in the tie when Chen Yufei sealed a spectacular come-from-behind win against An Se-young in a marathon match full of drama.

Chen, the world number three and Tokyo Olympic gold medallist, went down 21-17 in the opening game to fourth-ranked An.
An built a five-point lead early in the second game but Chen roared back to take that game 21-15 and sealed the decider 22-20 despite suffering an injury scare to her ankle.
An, who is still only 20, had her own problem with cramp in her right hamstring and both players collapsed on the court in exhaustion after 91 minutes of gruelling action.
A disappointed and emotional An, who triumphed over top-ranked Japanese star Akane Yamaguchi a day earlier, said she was worried she had let down her team-mates.
“I tried my best, as much as I could… I was at 20 points but then I lost control,” she said of her failure to capitalise on three match points.
Indonesia play India in Sunday’s Thomas Cup, the men’s team championship, also in the Thai capital.