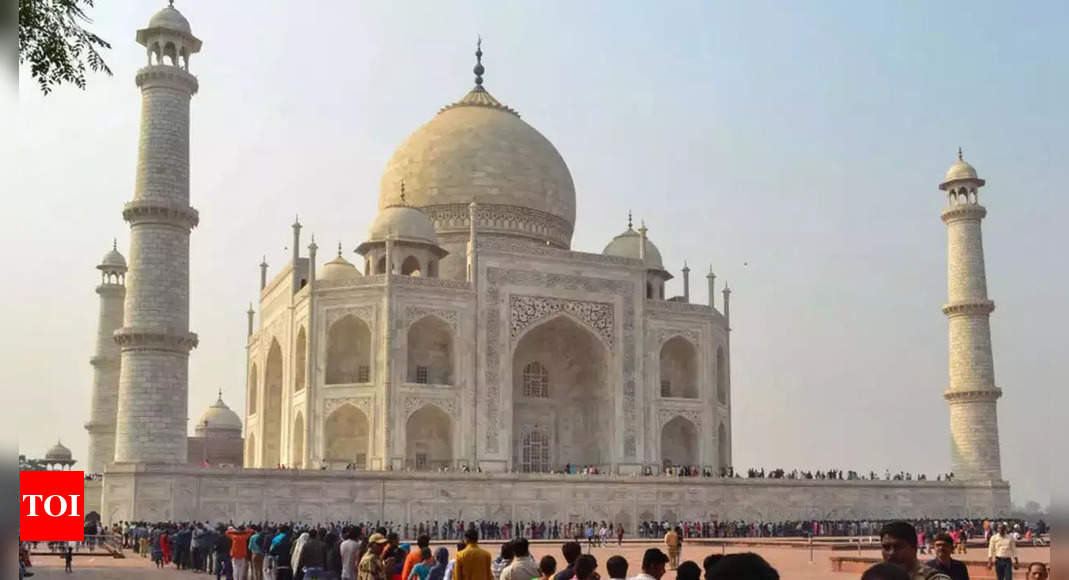 AGRA: Contrary to claims made in a petition to the Lucknow HC seeking unlocking of the Taj Mahal‘s “22 permanently locked rooms”, many in its basement, “as they could be housing Hindu idols from ancient times”, top Archaeological Survey of India officials told TOI on Thursday that the contention in the plea is wrong on both counts.
One, these rooms – officially called “cells” – are “not permanently closed” and they were only recently opened for conservation work. And that all records scrutinised so far over the years “have not pointed to the presence of any idols”.
A senior official privy to the restoration work done just three months ago said, “Various records and reports that have been reviewed till now haven’t shown the existence of any idols”. If those with the deepest access to the Taj are to be believed, there are over 100 cells in various parts of the mausoleum complex which have remained closed to the public for reasons of security and safety, and none have thrown up any such findings.
“The petitioner’s claim of 22 rooms being permanently locked is factually incorrect as conservation work – including filling of cracks, re-plastering and anti-ageing treatments – are periodically done. In fact, the most recent work cost us Rs 6 lakh,” a senior ASI official told TOI.
Another senior ASI official added that 100 cells in the monument’s complex that remain locked to the public are located in the basement, the upper storeys of the main mausoleum, the corner ‘burjs’, the four minarets, inside the baolis (near the mosque) and on the Chameli floor on east, west and north sides. Besides these, several portions of the other world heritage sites in the region – Agra Fort and Fatehpur Sikri – have also remained closed to the public for years due to security reasons.
Controversy over the Taj Mahal was first stirred by historian PN Oak who, in a 1989 book, claimed that the monument was originally ‘Tejo Mahal’. He argued that the monument was originally a Hindu temple and a palace built by a Rajput ruler. However, his theory has been repeatedly debunked by several historians. In fact in 2000, the Supreme Court rejected a petition by Oak to declare that the Taj Mahal was built by a Hindu king.