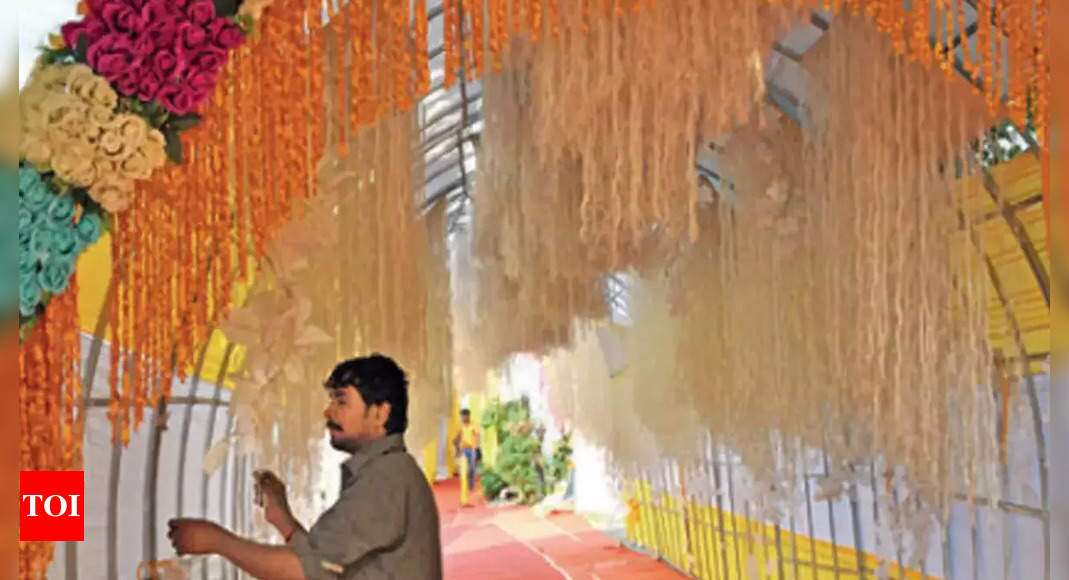 KARUR: In an effort to check the increasing trend of girls dropping out of school and being subjected to child marriage, Karur district administration has made it mandatory to obtain a no objection certificate (NOC) from the village administrative officer (VAO) to book a marriage hall. The NOC will certify the girl’s age as being eligible for marriage.
District collector Dr T Prabhushankar pointed out at a workshop for VAOs recently that around 3,000 adolescent girl students out of 52,000 students from Class IX to Class XII in the district were absent in schools. “Child marriage causes discontinuation of studies. VAOs should deal with such issues with an iron hand,” he said. Thereafter, the district administration asked owners of marriage halls to rent out their facility only on production of NOC for age of the bride.
The collector said marriage hall owners can also be prosecuted for child marriages. “If we insist on the NOC, it will be a checkpoint in the system, thus we can bring down the incidences to an extent,” he told TOI. Asked if such efforts can stop child marriages that usually happen clandestinely in village temples, the collector said they were planning to hold such a meeting with priests of religious places to make them accountable for the offence.
Pointing out incidences of child marriages going unreported, the collector advised VAOs to keep vigil in their jurisdiction. They should bring it to the notice of officials concerned through Child Line helpline 1098 and the collector at the monthly meeting in the second Wednesday of every month. Prabhushankar said all the 157 villages in the district chose to be child-friendly and passed resolutions at the recent gram sabha meeting.
The district administration had launched a programme called ‘Nimirndhu Nil, Thunindhu Sol’ in November 2021 to dispel the inhibition and fear among school girls in speaking up against the sexual violence meted out to them.