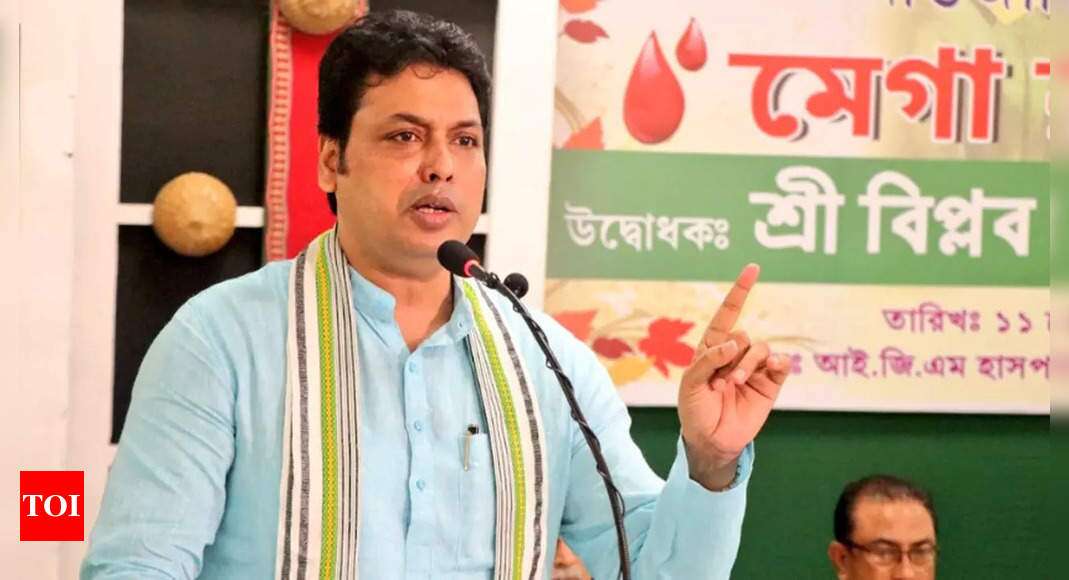 GUWAHATI: Biplab Kumar Deb on Saturday resigned as the chief minister of Tripura, a year of ahead of assembly elections in the state.
“I have served the people of Tripura to the best of capabilities to provide them justice and give them a Left-free state with the marg darshan of Prime Minister Narendra Modi. The assembly elections are coming and the party wants me to strengthen the organizations. It is only when the organization is strong there will be the government. We need to prepare for 2023,” he said.
Tripura BJP president Dr Manik Saha is said to be the frontrunner for the CM’s post.
Deputy chief Jishnu Dev Varma and Union minister Pratima Bhowimk are among the other names being considered.
Tripura has been witnessing waves of revolt by disgruntled BJP legislators against Deb for the past couple of years. A few of the disgruntled BJP MLAs have already quit the party and joined Congress.
Deb was summoned to New Delhi on Thursday where he met Union home minister Amit Shah and BJP president J P Nadda.
On Saturday, soon after his arrival at Agartala, he went to Raj Bhawan and submitted his resignation to governor Satyadev Narayan Arya.
The state’s BJP legislature party is meeting later in the evening to elect the new leader and chief minister.